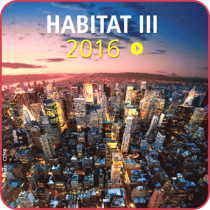 CEMR had a word on final Habitat III Prague Declaration

The Council of European Municipalities and Regions (CEMR) was invited to take part in the closed Advisory Board negotiating the main outcome of the Habitat III European Conference, the Prague Declaration.

Czech Republic hosted during three days the European conference for Habitat III which is one of the key milestones ahead of the Habitat III Conference to be held in Quito (Ecuador) from 17 to 20 October 2016.

The negotiation team was composed by several UNECE Member States, key institutions like the European Commission and the Committee of the Regions, and stakeholders including the General Assembly of Partners (civil society).

The objective was to enrich the Prague Declaration with all the discussions which took place during the three-day debates in Prague. PLATFORMA and CEMR welcome the inclusive negotiations leading to this UN Declaration, facilitated by the Czech Ministry for Regional Development and UN Habitat. The Declaration now better reflects local governments’ role, potentials and concerns.

It addresses many themes such as decentralised cooperation, multilevel governance, local democracy, integrated and place-based approach, social and territorial cohesion, the fiscal and financial capacity of local governments or national, regional and transnational networks of local governments.

It also mentions that the New Urban Agenda should build on the international agreements adopted last year: the Sendai Framework for Disaster Risk Reduction 2015-2030, the Addis Ababa Action Agenda, the 2030 Agenda for Sustainable Development and its Goal 11 on making “cities and human settlements inclusive, safe, resilient and sustainable".

The Declaration of Prague will now serve as Regional input to the so-called “Zero Draft” of the New Urban Agenda which will be released at the beginning of May, negotiated over the summer, and approved in Quito at the Habitat III Conference.