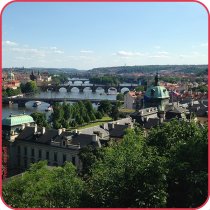 First messages to feed in the international negotiations

Six months before Habitat III – which will set global priorities in terms of urbanisation – PLATFORMA and CEMR wanted to make sure that the voices, needs and strengths of towns, cities and regions will be taken into account in the future international negotiations, to be held in Quito (Ecuador).

To this aim, they organised the event “How can municipalities promote sustainable development in their territories?” on 17 March, in the scope of the Habitat III Europe regional meeting.

All speakers agreed on the following aspects:

Local governments should be recognised as crucial partners in the design of the new Urban Agenda and not as solely intermediates to deliver the future Agenda. In the end, the future priorities on urbanisation will have an impact on them.

So far, their involvement has been sought through hearings and the regional and thematic meetings. This should continue throughout the rest of the process leading to the Habitat III Conference in Quito. Moreover, central states should include representatives of local governments in their national delegations to the Conference.

The global urban agenda should include a wider territorial dimension

The “New Urban Agenda” also needs to take into account the specific development conditions of each urban area, in their diversity of competences, means and sizes (small, medium, large urban areas, metropolitan areas, etc.). In October, operational proposals have to be made to positively impact territorial development in Europe and across the world.

Towns and regions are currently facing an increased need for investments to tackle emerging challenges and keep providing quality public services for the well-being of their inhabitants, from health and social care to education, climate, and mobility. Therefore the capacity of local governments to invest in their territory should be preserved and supported by other levels of government, especially when new competences and new challenges arise.

Traduire
Habitat III is the United Nations Conference on Housing and Sustainable Urban Development, which will take place in Quito (Ecuador), from 17 – 20 October 2016.

The conference will result in a renewed political commitment for sustainable urban development, to address poverty and identify new and emerging challenges in an urbanised world.