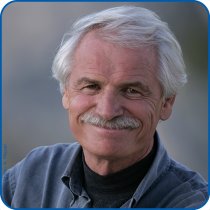 Yann Arthus-Bertrand, film director and Goodwill Ambassador for the United Nations Environment program, will deliver a keynote speech this year at the opening session of the CEMR Congress in Nicosia.

Yann Arthus-Bertrand is a French photographer, film director, journalist and environmentalist, president of the GoodPlanet foundation which he created in 2005. He works on topics which are closely linked to current issues of local and regional governments, namely concerning the environment.

His first film, HOME, which is about global environmental issues, has been seen by more than 600 million people around the world. Using aerial images, this film deals with current issues such as global warming, declining resources, or the extinction of species.

Following this success, he directed HUMAN. HUMAN is a film with a mix of interviews of people from 45 different countries and aerial images from throughout the world.