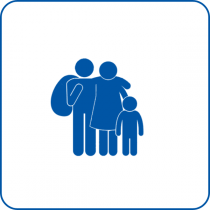 Our debate in Nicosia: how to integrate refugees locally

The current refugee crisis is the biggest since World War II. Since January 2015, more than 710.000 women and men fleeing armed conflict keep coming to Europe, hoping to find safety. Towns and cities have been on the front line of this crisis by providing emergency assistance and hosting refugees in their territories.

During its Congress, which is to take place from 20 to 22 April in Nicosia (Cyprus), CEMR is organising a session to discuss how towns and regions - from small villages to larger cities, provinces and counties - are dealing with the so-called refugee crisis.

This session, entitled ”Integrating refugees in our local communities”, will take place on Thursday 21 April from 9.30 to 11.

It will namely focus on the lack of cooperation and support from central government. Indeed, although local governments are actively responding to this humanitarian crisis, the issue is too big for them to deal with alone.

In addition, participants will also address the lack of resources to provide an effective response to the challenge and they will discuss new ways to establish targeted funding which would be directly available for local and regional governments.

This session will be moderated by Santo Caruso, the Mayor of Aci Sant'Antonio (Italy) and CEMR Spokesperson on Asylum and Integration. Among the session panellists are Irena Guidikova, Head of Division, Directorate of Democratic Governance, Council of Europe; and Lena Micko, Mayor of Linköping (Sweden) and President of CEMR Swedish association (SALAR).