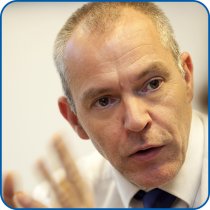 Ahead of the Congress of European Municipalities and Regions, to take place in Nicosia (Cyprus) from 20 to 22 April 2016, we publish this article written by CEMR Secretary general, Frédéric Vallier.

The New Year is a time for good resolutions.  After 2015, a year marked by terrorism, distress and massive influx of asylum seekers on Mediterranean coasts and in European cities, the rise of nationalism, populism and radicalism in all its forms, the upheaval of our citizens and inward-looking attitudes... it is urgent to build new perspectives to restore confidence and provide a new vision of our European society.

Europe needs a new impetus, a momentum to lift it from its technocratic approach into which we let it sink too often. In 2016, CEMR is launching an extensive public debate with those who are daily acting both with and on behalf of their citizens in their cities, towns and regions.

This debate organised within the framework of the Congress of European municipalities and regions, will take place from 20 to 22 April 2016 in Nicosia (Cyprus). The CEMR Congress, where more than 1,000 participants are expected to attend, is the largest gathering of local and regional elected representatives and stakeholders in Europe.

The slogan of the Earth Summit organised in Rio in 1992 was "Think global, act local". Since then local governments have been recognised as key actors of change and development and therefore, to change the world ... we must now think locally!

Climate change, the fight against poverty and unemployment, security, integration of migrants, sustainable economic development, gender equality… these are the challenges, amongst others, that local and regional governments are committed to tackling.

Join us in Nicosia, from 20 to 22 April, and participate in the debate that aims to set out a vision of Europe in 2030: registration is open and the debate is available online www.cemr2016.eu.

Traduire
The Congress in figures