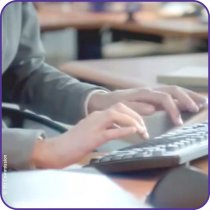 Will new EU rules prove their relevance to local government?

The Parliament, the Council and the Commission are currently negotiating a new EU data protection rules. If adopted, the new regulation should be implemented in 2016 by all European local and regional governments. This is in fact a good reason to measure its real impact on the local public sector.

For CEMR and its associations the problem remains the same: there is no real distinction between the public and the private sector. Contrary to the private sector, public administrations do not use personal data for commercial purposes but rather to provide services for public general interest. Therefore we believe that a framework adapted to such reality is strongly needed. Yet the new rules do not provide it.

If applied, this regulation could lead to disproportionate costs without any clear added-value

Some of our associations conducted a thorough analysis to assess the costs of implementation of the new regulation. The results are enlightening: in UK, the costs of implementation have been estimated up to €292 million per year. In Finland the new regulation will cost €200 million for local and regional governments in the first years, and at least €80,5 million for Danish local authorities.

Given the substantial costs that such regulation will imply, municipalities and regions oppose any new provision which would force them, for example, to hire inordinate data officers, to significantly invest in ICT services and to retrain their staff, without any clear added-value for citizens or for improved delivery of public services. The new regulation must ensure a positive cost-benefit ratio.

Data protection is already covered by national legislative frameworks that often go well beyond the new EU regulation. If adopted, the new set of rules would become redundant by the time the ink is dry on the paper. They would not take into account existing protection measures while undermining legal certainty and resulting in an excessive administrative burden.

CEMR and its member associations have been engaged, since 2012, in the reflection around the reform of data protection rules in the EU. They have voiced concerns raised by mayors and local elected representatives, in the course of rounds of so-called trialogue talks between the European Parliament, Commission and Council. CEMR will continue to closely follow developments in the negotiation process.