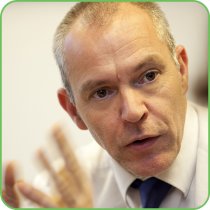 How are municipalities and regions tackling climate change? What do they expect from the summit on climate change (COP21) to be held in Paris by the end of this year? Find the answers to these questions in an interview of our secretary general, Frédéric Vallier, with Euractiv France in the frame of the world summit "Climate and territories", in Lyon.

Frédéric Vallier spoke to EurActiv France at the World Summit Climate & Territories in Lyon. He believes communities and regions hold the key to successful climate action. Frédéric Vallier is secretary general of the Council of European Municipalities and Regions (CEMR).

This climate summit gives great prominence to the actions of local communities in the fight against climate change. What do you expect will come of it?

We have come a long way. We started involving local communities in the fight against climate change ten years ago. Back then, these communities could not see how to participate in the global negotiations. But everyone knew that they were an important part of the solution.

We saw a window of opportunity for local communities to act on behalf of the general public, to ensure that any international decisions take into account the possibilities offered by specific regions and communities.

Look at the result ten years on. 1,400 people are taking part in this Climate and Territories conference. It is part of the build-up to the COP 21 and is fully recognised by the French government and the United Nations.

The international climate negotiations take place between states. How do local communities fit into this structure?

Ban Ki-moon's New York summit last December was a first step towards recognising the role of communities in the international negotiations. Here the United Nations secretary general launched his appeal to communities to mobilise for the COP 21.

The Climate and Territories Summit is a response to this appeal. It is a platform to discuss how we can influence the COP negotiations and the final agreement, and to encourage our regions to influence their governments to accept a global agreement. It is also a forum to work through solutions for climate change adaptation and mitigation.
There will be a final statement at the end of the summit, the first to be signed by so many representatives from regional communities and NGOs. This agreement must be taken into account in the negotiations.

Because when a state sets a climate objective, we know they cannot achieve it without the input of regional communities.

What measures have already been put in place by Europe's towns and regions to minimise their impact on the climate?

We are not exactly on the same level as our colleagues from other continents, because Europe's towns and regions have been taking action on the climate for a long time, with the support of the European Union.

One major instrument in the EU is the Covenant of Mayors, which includes representatives from 6,451 towns in Europe. Their commitments to tackling climate change reach beyond the EU's CO2 emissions reduction objectives.

This initiative was launched in 2008 by the European community networks, including the CEMR, with the aim of encouraging town mayors to adopt more ambitious objectives than the EU. Each member was asked to come up with an emissions reduction plan for 2020 that exceeded the EU's objective of 20% compared to 1990 levels.

New objectives for 2030 will be announced in October, ahead of the COP 21.

Communities also play an important role in decentralised co-operation. How can European communities work with towns in developing countries to tackle climate change?

One of the subjects addressed at this summit was how to apply decentralised co-operation to climate change. But how can communities have a specific impact on the climate in the global South? We hope to mobilise all the communities to support their partners in the South specifically on climate issues. This will be a very important issue over the coming years. We are sharing knowledge, transferring skills and exchanging expertise.

How can communities finance the fight against climate change in developing countries?

We are thinking about measures that can be financed by regional communities themselves. But we can also use innovative financing instruments, like the Oudin-Santini water law in France. This allows local authorities and water companies to place a levy of 1% on their bills, to fund water projects in the South. This mechanism has been extended to waste, and may in the future include sustainable urban transport.

We have made progress on two flagship proposals at this Climate and Territories Summit. The first aims to broaden this innovative French financing mechanism, to roll it out across Europe, or even the world. And the second aims to further develop decentralised co-operation on climate issues.

Video interview with Linda Gillham to present CEMR's commitments on climate towards 2030.