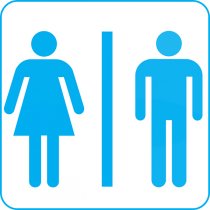 Today's vote by the European Parliament on  “The EU Strategy for equality between women and men post 2015” is an important victory for municipalities and regions, as it calls on the Commission to create incentives for local government to promote gender equality.

Approximately 1500 municipalities, cities and regions from 32 European countries have signed the Charter and are taking action to improve gender equality in a wide range of policy areas - employment, public transport and social affairs. As a reaction to this vote, the chair of CEMR’s standing committee for equality, Ewa Samuelsson said: “The European Charter for equality of women and men in local life is a catalyst for the advancement of citizens' rights, a tool that reminds us that women and men are equal. Now it is in the hands of the European Commission to ensure that gender equality becomes a reality, otherwise there is a risk that initiatives undertaken by the smallest town to the largest region may be rolled back or even disappear.”

The report follows the view advocated by CEMR and specifically calls on the Commission to take action in areas that are covered by the Charter:
The Commission should “gather, analyse and publish statistical data […] at all levels of governance”
As expressed by MEP Maria Noichl, the EU needs “a strategy that clearly proposes efficient means of tackling the issues and suggests ways of continuous evaluation.”

With the help of its member associations and in contact with the Commission, CEMR is currently mapping the implementation of the Charter and developing a set of indicators to help local government to monitor progress of their gender equality policies on the ground. The results of the project will certainly provide significant inputs for implementing the post-2015 strategy effectively*.
The Commission should “create incentives for Member states to create a more balanced representation of women and men in municipal councils, regional national parliaments and the European Parliament”
To date, only 14% of mayors and local leaders in Europe are women. CEMR has a long tradition of advocating gender balance in political representation through the Charter, which strongly encourages political parties and groups to take all lawful steps, including the adoption of quotas, to increase the number of female representatives in politics.
We welcome the European Parliament’s willing to count on local and governments’ contribution to improve gender equality. We will closely follow the implementation of the “The EU Strategy for equality between women and men post 2015” by the Commission.

Traduire
Note to the editors

CEMR launched in 2006 the European Charter for equality of women and men in local life. The Charter is both a political document and a political instrument which encourages local government to make a public commitment to equality and to implement the principles listed in the Charter.