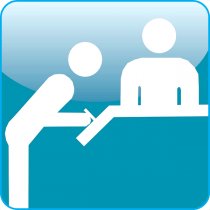 CEMR is very concerned about the implementing guidelines on the Transparency Register, which were published this week. These ignore the democratic role of local government and their representatives by forcing them to register in the EU Lobby Register which threatens their ability to execute their democratic role.

Municipalities, cities and regions are democratically organised; their leaders are elected and have the political mandate and legitimacy to represent the citizens of their communities. It is their task to provide input to the debates and decision-making process, including at European level. Local government constitute an important component of the multi-level governance model that the European Union promotes.

“It is inacceptable to impose sanctions on non-registered municipalities and local politicians eager to get in touch with civil servants of the European Commission or to respond to consultations”, says CEMR Executive Director European Affairs, Angelika Poth-Mögele.

CEMR recalls that the Council of Ministers adopted Conclusions in July 2013, recognising local government “as public institutions with legal personality, component of the State structure, below the level of central government and accountable to citizens, encompassing different tiers of government (...).

“We believe that the provisions of the Transparency Register are not consistent with the Ministers' view and will continue advocating", added Angelika Poth-Mögele.