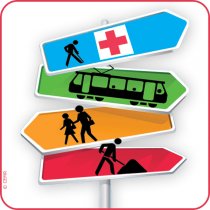 Two proposals to boost social, economic and territorial cohesion in the EU

In 2014-2020, a third of the EU Budget will be invested under cohesion policy to help reduce disparities between European regions by supporting growth-enhancing and job-creating investments.

As we reach the beginning of this new financial period, the European Commission invited the Council of European Municipalities and Regions (CEMR) alongside different actors working on territorial development to the 6th Cohesion Forum* to discuss how the cohesion policy can be more efficient. During her intervention, the President of CEMR and Mayor of Almere (The Netherlands), Annemarie Jorritsma, raised two questions to further boost social, economic and territorial cohesion in Europe.

Today, local and regional governments in the EU are responsible for almost two thirds of all public investment. Consequently, governing in partnership at all stages turns out to be sine qua non condition to reach successful results through the cohesion programmes. However there is still room for improvement during the 2014-2020 programming period, firstly in the central-local working partnership across Europe. Alongside our member associations we carried out a survey that reveals that only a few EU countries fully collaborated with local government when deciding on how €352 billion of EU funds should be spent over the next 7 years.

Secondly, in the involvement of economic and social partners. Indeed, these are fundamental in the preparation of the new Cohesion programmes, however “local and regional governments are not stakeholders in the same level as civil society or the industry stakeholders”, stated Ms. Jorritsma, “as elected representative, local government is politically and financially responsible for the EU funding programmes, while economic and social partners are usually beneficiaries.”

Thirdly, effective partnership and multi-level governance arrangements should not be limited to the dialogue between different levels of government and with other stakeholders in the Member States. It also means a reinforced structured dialogue between the European Commission and the European representative associations. CEMR’s representation within the different expert dialogue groups of the EU Commission is crucial.

The use of instruments to implement EU structural funds

We strongly welcome that the new cohesion policy does include instruments like the Integrated Territorial Investments. Such new tool allows Member States and local government to bundle EU funding for several priority areas (like employment or mobility) in a specific geographical area beyond the traditional administrative divisions (urban areas, surrounding rural regions or even funding inter-municipal cooperation).

We do believe that by placing local development as the overarching concept, problems may be avoided in regions where managing authorities are pulled between the demands for an urban dimension, a rural dimension and urban-rural links. However, in order to be successful, these instruments should also imply to set up effective partnerships and multi-level governance arrangements, and further harmonization of the rules between EAFRD and ERDF/ESF.


*The 6th Cohesion Forum  took  place on 8 - 9 September 2014 at the European Commission. This year's theme was “Investment for jobs and growth: promoting development and good governance in EU regions and cities”. This meeting aimed at discussing how the next generation of Cohesion Policy programmes (2014-2020) can contribute to the recovery of the European economy.