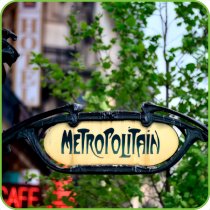 Covenant of Mayors: "a model for local action to be promoted on the international scale"

Local and regional governments in Europe are the models to follow when it comes to climate protection. This was made clear with the climate change resolution adopted at the plenary session of the European Parliament in Strasbourg on 23 October 2013.

The plenary session provided the occasion for Members of European Parliament to discuss the 19th United Nations Framework Convention on Climate Change, alias COP19 to be held in Warsaw from 11 to 22 November 2013. With this in mind, a resolution was adopted, underlining “the success of the Covenant of Mayors, which currently consists of nearly 5 000 local authorities, to exceed the targets set by the European Union regarding energy and climate change from now until 2020. (…) The enthusiasm and involvement of local European authorities should serve as a model of how to implement ambitious energy and climate policies on the international scale.”

MEPs indicated that the conference in Warsaw is an important step towards an international accord that should be sealed at the conference in Paris in 2015. They also called on the EU to lay out the path towards an agreement and to guarantee a coordinated and progressive approach to climate protection. Such an approach would be based on measures taken at all levels of government, but especially at the local and regional level.

To this end, CEMR will participate in a meeting organised on 21 November 2013 within the framework of the Warsaw conference. The event will allow for a discussion between elected representatives from cities and regions all around the world and key actors involved in international climate negotiations (Presidency of the conference, General Secretary of the United Nations Framework Convention on Climate Change, representatives from several countries). Two subjects will be addressed: how the local level can better adapt to climate change and how the local level contributes to the fight against climate change.

On the 20 November, round tables will be organised on energy efficiency of buildings and urban infrastructure, waste management, transportation systems, and adaption to climate change.

More information on the events of 20 and 21 November: