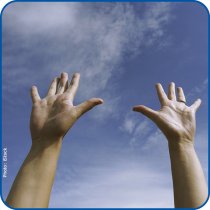 During an extraordinary session on 4 October 2013, the Congress of Local Authorities from Moldova (CALM) unanimously voted to protest today 11 October against Moldovan decision-makers who are determined to postpone the application of draft legislative modifications on local finance. This reform represents the major steps towards the democratisation of the country, which ratified the European Charter of Local Self-Government in 1997 without reservations.

During the demonstration in Chișinău, local government representatives will march from the Cathedral Square to the Governmental building and to the Parliament.

In a press release, CALM warned about “the consequences of non-approval of this legislation for further deterioration of local government in Moldova” extending to “all connected domains such as public administration, local and national democracy, corruption, justice, human rights, etc.” The non-approval of the implementation of the local finance reform would represent a violation of Moldovan law; in 2012 a National Decentralisation Strategy was adopted by the Parliament with the aim to transfer competences and financial resources from the central to local authorities.

Our Secretary General, Frédéric Vallier, regrets this situation: "At a moment when we are celebrating the 60th anniversary of the Charter on Municipal liberties*, CEMR is in full solidarity with the action of the Congress of Local Authorities from Moldova. Decentralisation is essential for local development and sustainable growth. The action taking place today shows the capacity of CALM to gather the energy of mayors and local authorities in their fight towards local democracy."

The local autonomy in Moldova is closely monitored by international organisations. The Parliamentary Assembly of the Council of Europe (Resolution, October 2013) urges Moldovan Government to approve legislative modifications on local finance reform to be implemented from 2014. In addition, the Congress of Local and Regional Authorities of the Council of Europe (Resolution on Local and regional democracy in the Republic of Moldova, March 2012) ask for urgent decentralisation and local finance reform in order to support the country’s public administration system.

*This year we celebrate the 60th anniversary of the European Charter of Municipal Liberties (1953) of the Council of European Municipalities and Regions and the 25th anniversary of the entry into force of the European Charter of Local Self-Government of the Council of Europe (1988), To mark both anniversaries, CEMR and the Council of Europe are jointly organising the conference '1953–1988–2013: Decentralisation at a crossroads', in Strasbourg (France) on 26 November 2013. Discussions will focus on the progress achieved over the last 60 years with respect to local self-government and the current situation under the economic and financial crisis .