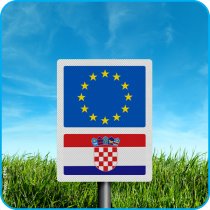 Welcome aboard the European Union!

Five years after the Croatian County Association (HRVZZ) joined the Council of European Municipalities and Regions (CEMR), Croatia celebrates its entry into the European Union. And with it, 429 municipalities, 106 towns, 21 cities and 21 counties.

"Croatia’s accession to the European Union marks another important milestone in the building of a more unified Europe", said on this occasion, CEMR secretary general Frédéric Vallier. "Local and regional governments across Europe welcome this accession. We are proud to recall CEMR and its member associations’ leading and pioneering role in the building of an ever more united and peaceful Europe based on the principles of local and regional self-government and democracy."

The building of a local and regional Europe has however not been an easy process and our continent has drastically changed since its inception. Over fifty years ago, most countries were highly centralised, Europe was divided by an iron curtain and the EU was still to be born. The end of a divided Europe was however tormented by internal fighting within its borders that the accession to the European Union allowed to overcome, especially in South-East of Europe.

Today, everything points to the inescapable truth: with the development of European policies over the past decades, local governments are increasingly playing a decisive role in European integration, although the means to exercise these competences do not always follow. They are in this respect facing more stringent European regulations in the conduct of local policies and EU laws and regulations affect more than 50% of the political decisions taken by municipal and county councils.

The need to exert influence on European legislation was one of the prime reasons for the Croatian County Association to join the CEMR family in 2008. Its secretary general, Marta Vidaković Mukić, declared in this respect: “our association’s collaboration with CEMR not only enabled Croatian counties to smoothly embark on the road towards membership of the European Union, but today it allows us to be better taken into account when European legislation is being elaborated. We are delighted that our counties now contribute to bringing Europe closer to Croatian citizens’ concerns and needs."

More information on local and regional authorities in Croatia