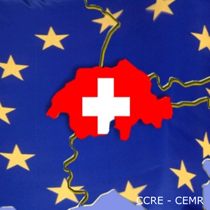 What Swiss mayors think of the European Union

The Swiss présidents de communes (mayors) have diverging views on the issue of Switzerland joining the European Union. This is one of the conclusions of the survey conducted by the Swiss association of CEMR (ASCCRE).
41% of Swiss mayors wish their country joined the European Union, however 43% are against it. The proportions are relatively similar on the question of the image of the EU: 40% of respondents have a negative impression of the EU whereas it has a positive image in the eyes of 34% of the respondents.
However, the majority of Swiss mayors regret that their country is not part of the European Economic Area. This, they feel, isolates Switzerland in Europe.
The ASCCRE survey was conducted in April 2006 but the findings have only been released in July this year. 880 mayors, roughly one third of all, replied to the questionnaire. The survey is the first ever on the views of Switzerland's local government on the European Union. It is only available in French. A German translation should be available within a few months.
More information on the Swiss association of CEMR