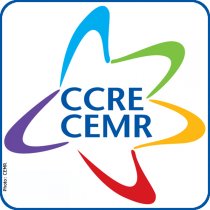 CEMR logo: out with the old, in with the new!

The Council of European Municipalities and Regions (CEMR) is pleased to announce the official launch of its new logo and graphic identity in an effort to differentiate, modernise and render more unique its image vis-à-vis other European actors.

The previous logo dating back to the 1970’s and having only been subject to a few tweaks since then, CEMR chose to keep a single star, add colour and incorporate the tagline “Local and Regional Europe” in order to lend support to the acronyms CCRE/CEMR and to its activities.

Having noticed a tendency for pale colours, symmetrical and angular shapes, abstract illustrations and a predominance of yellow stars and the colour blue in most European logos, CEMR decided to adopt livelier colours and an asymmetrical shape in order to render its image more dynamic, original and humane.

The five colours of the new star represent the transversal thematic domains of CEMR’s work, as decided upon following a reflection processed undertaken last year with its national member associations representing local and regional government.  Thus, the blue represents “Democracy, citizenship and enlargement”, the green “Resource efficiency and environment”, the yellow “Partnership, cooperation and world affairs”, the red “Economic, social and territorial cohesion” and the purple “Local and regional governments as employers and service providers”.

Should you have the CEMR logo on your website or other communication material, we would invite you to download and update the logo, available here in different formats.