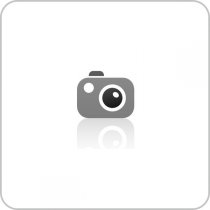 Budget perspectives after 2006: stop the risk of contagion

The European organisations representing regional and local authorities (Conference of Peripheral and Maritime Regions of Europe, Council of European Municipalities and Regions) express their wholehearted disapproval in reaction to the letter addressed to the European Commission by the Heads of State and Governments of Germany, Austria, France, the Netherlands, the United Kingdom and Sweden, urging for the post-2006 financial perspectives to be limited to a maximum of 1% of the Community GNI. It is clear that the States that were among the biggest supporters of the draft produced by the Convention cannot at the same time deprive the European Union of the means to achieve its goals.
Regarding the basis of this demand, such a prospect would give little credibility to the effective delivery of a policy for economic, social and territorial cohesion designed to boost European growth. Moreover, it would be contrary to the aims expressed by these same states at the Lisbon and Göteborg Summits.
With regard to the way in which this proposal has been made, it is at total odds with the customary rounds of budget negotiations and seriously jeopardises the independence and equanimity of the work led by the European Commission, responsible for drafting the proposals.
The organisations representing regional and local authorities therefore appeal to all committed Europeans to unite behind a genuine objective that is at least equal to the budget ceiling fixed for the current period 2000-2006 (1.24% of the GNI). They remain convinced of the need in the immediate term to take forward the work on the EU's future policies independently from the negotiations on the draft Constitution, in order to avoid the risk of seriously undermining European integration, whether it be in terms of further deepening the Union or ensuring the success of enlargement.
Contacts:
CPMR : Fanny BRANCHU, Press Relations Officer, Tel : + 33 2 99 35 40 50, Email: fanny.branchu@crpm.org
CEMR : Patrizio FIORILLI, Press & Communication, Tel : + 32 2 500 05 34, Email :patrizio.fiorilli@bxl-ccre.org