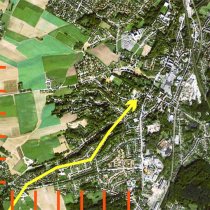 Urban development and territorial cohesion: "Tap into the expertise of local and regional representatives"

Take into account the role of local representatives, work with a bottom-up approach and embrace the different local and regional realities across Europe, these are the main points the Council of European Municipalities and Regions (CEMR) calls on the German Presidency to follow,. ahead of the informal ministerial meeting on urban development and territorial cohesion (Leipzig, 24-25 May 2007).
In a letter to the German Minister for Transport, Building and Urban Affairs, Wolfgang Tiefensee, CEMR expresses its support to the goals of the Leipzig meeting while stressing the importance to build upon the 'valuable work already being undertaken at local and regional level to boost territorial cohesion".
You cannot realise Europe's territorial potential without taking into account the crucial role of political leadership and democratically elected local and regional governments in developing sustainable communities, says CEMR secretary general Jeremy Smith. Europe's local and regional governments have been working on the very same issue for many years. It is vital to tap into this expertise and to ensure that it is reflected not only in the formulation but also in the implementation of the European Territorial Agenda. This is particularly true with regard to the Leipzig Charter on Sustainable European Cities: it needs to build up on existing local initiatives such as the Aalborg Commitments in which CEMR has played a major role in the past 10 years.
CEMR is convinced that we need to build on the diversity and territorial specificities of Europe's towns, cities, localities and regions. The European Territorial Agenda and the Leipzig Charter should reflect the realities of all territories including those experiencing economic decline or outmigration, of small and medium towns; they should also boost the links between urban and rural areas.
CEMR emphasises the importance of good governance. We need a governance approach that promotes the principles of local and regional self-governance, a governance that recognises that EU policies are ultimately delivered through local and regional authorities, and last but not least: a governance that accepts inter-municipal cooperation as a legitimate way of delivering services internally without compulsory tendering.
We also call on the ministers to clarify what the next steps will be, beyond the adoption of the European territorial agenda and the Leipzig Charter, says Jeremy Smith. If we want to encourage the creation of sustainable European communities, then we need to make sure that the financial resources match the ambitious aspirations and commitments to be made in Leipzig. We are willing to play our part and look forward to working in close partnership to address the challenges facing Europe today.
Background information
The European Union has no regulatory competence in the field of urban and spatial planning, therefore the Leipzig ministerial meeting is "informal"; it is the culmination of a process of informal intergovernmental cooperation launched in 2004. It reflects the increased attention being paid to the impact of various EU policies on urban and rural areas within the Member States.
The European Territorial Agenda is a non-binding initiative by Member States; it consists of a set of policy recommendations and commitments that aim to encourage sustainable economic growth and job-creation in Europe.
CEMR letter to the German Presidency of the EU ahead of the Leipzig informal meeting
The Leipzig informal ministerial meeting on urban development and territorial cohesion