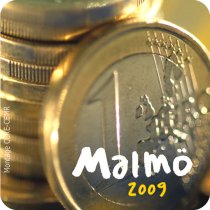 The issue of how the economic and financial crisis affects local and regional government will feature high on the agenda of the general assembly of the Council of European Municipalities and Regions (CEMR), in Malmö, 22-24 April 2009. The decision was taken at the meeting of secretaries general of CEMR's members (national association of local and regional authorities), in Prague, on 19-20 February 2009.
Recently, CEMR asked its members to compile a report, country per country, on how the current crisis affects their own members: towns, cities and regions of Europe, says CEMR secretary general Jeremy Smith. The contributions that we received showed that many local and regional authorities are faced to a greater extent than was thought with increasing problems, including small and medium enterprises closing down, rising unemployment rate and budgetary difficulties.
CEMR members also stressed that Europe's towns and regions can help bring an end to the crisis. Local and regional authorities are the engine that drives economic recovery, adds Jeremy Smith. They can set up and implement measures much quicker than national or European authorities by devising local economic recovery packages that have a direct impact. This shows that the current crisis demands that the EU and its Member States cooperate very closely with our towns and regions.
The economic and financial crisis will therefore feature prominently at the general assembly. The round table on 22 April will focus on how the crisis is likely to affect the future of towns and regions, while other sessions (on public services and climate change) will include the economic and financial aspects.
Participants at the Prague meeting also agreed to extend the early bird rate for registration to the general assembly to 15 March 2009, in order to enable more local and regional representatives to attend the event at a reduced rate.
The Prague meeting was held at the invitation of the Union of towns and municipalities of the Czech Republic (SMOCR), and was formally opened by the mayor of Prague, Pavel Bém.
The full programme of CEMR's general assembly (in 8 languages)