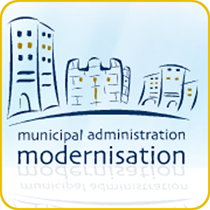 The Council of European Municipalities and Regions (CEMR) expressed its support for developing international partnerships between EU and Syrian municipalities, in the framework of the second phase of the Municipal Administration Modernisation.(MAM II) project, launched on 19 March 2011 in Damascus, Syria.
'International partnerships can have a positive impact on both parties involved, as exchange is the very basis of mutual learning and thus of mutual comprehension and better living," declared Frédéric Vallier, CEMR secretary general, at this occasion. 'We at CEMR are convinced that town twinning and partnerships between municipalities can help reinforce and facilitate the decentralisation process in Syria, all the while providing concrete tools for local development and reinforcing the capacities of local administration."
CEMR expressed its willingness to further cooperate in this as 'we are committed to enhancing international cooperation projects, notably via PLATFORMA, the European platform of local and regional authorities for development, hosted by CEMR."
Vallier also encouraged CEMR's Syrian counterparts to join the United Cities and Local Government (UCLG) network, which plays an important role in developing international links and partnership projects. CEMR is the European section of UCLG, the world organisation of local government.
MAM II, which receives €20 million in European Commission funding over a period of four years, is led by a consortium in which CEMR's Swedish member association's section for international cooperation, SKL International, plays a central role. The project aims at improving the quality of life in urban centres and at creating more independent and citizen-oriented Syrian municipalities.