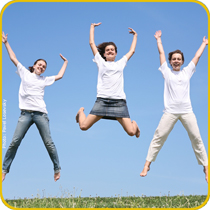 The Council of European Municipalities and Regions (CEMR) is pleased to announce, at the occasion of the 2011 International Women's Day, that over 1 020 municipalities have.signed its European Charter for Equality of Women and Men in Local Life.
The Charter, which was launched in 2006, is the fruit of decades of CEMR work in the promotion of gender equality in all spheres related to local and regional life. Leading up to the Charter, CEMR led a project called the Town for Equality to collect best gender equality practices in European local government so as to draw a virtual portrait of a town that takes equality between men and women into account in all of its policies.
Based on this study, the European Charter for Equality invites local and regional governments to sign, thus making a formal commitment to the principle of gender equality and to implement commitments set out in the Charter within their territory.
CEMR and gender equality: practice what we preach!
On 7 December 2010, Aina Calvo Sastre, Mayor of Palma de Mallorca, member of the Executive Committee of the FEMP, and Annemarie Jorritsma, Mayor of Almere, President of VNG, became the first women in CEMR's history to be elected as Co-Presidents, the second highest position in the organisation's political structure.
This election also marks the first time CEMR's Policy Committee applies a new rule, adopted in 2007, respecting a minimum representation of both genders in all of the Committee's national delegations and in CEMR's political structure.