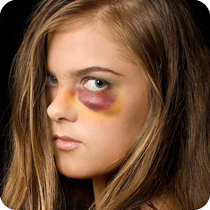 The first legally binding international instrument to prevent and combat violence against women and domestic violence was signed by thirteen Council of Europe member countries on 11 May, 2011 in Istanbul, Turkey.
Indeed, the Council of Europe's new convention aims at setting up a comprehensive legal framework to protect women against all forms of violence and to prevent, prosecute and eliminate domestic violence. It also establishes an international mechanism to monitor how the convention is implemented at national level.
Non Council of Europe member states and the European Union can also sign the convention. So far, signatories include Austria, Finland, France, Germany, Greece, Iceland, Luxemburg, Montenegro, Portugal, Slovakia, Spain, Sweden and Turkey.
CEMR fighting for gender equality in Europe
The Council of European Municipalities and Regions (CEMR), an observer at the Council of Europe, is also very active in the field of gender equality. Indeed, in 2006 it notably launched its European Charter for the Equality of Women and Men in Local Life.
This Charter invites local and regional governments to sign, thus making a formal commitment to the principle of gender equality and to implementing the commitments set out in the Charter within their territory. To date, there are over 1 000 local and regional authority signatories in twenty-seven countries all across Europe.