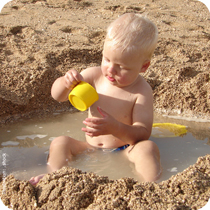 Safe to swim in EU waters

96% of coastal bathing areas and 90% of bathing sites in rivers and lakes complied with minimum standards in 2009, according to the European Commission and the European Environment Agency's annual bathing water report, published on 10 June.

Only 2% of EU coastal bathing sites were banned in 2009, most of which were in Italy with a total of 51 beaches having been declared 'unsatisfactory". It should however be noted that Italy is the only member state to take into account the whole of its coastline, including areas close to airports and industrial zones.

Member States have until 2015 to implement the new bathing water directive fully but fourteen Member States already monitored their bathing areas during the 2009 bathing season according to the directive's requirements.