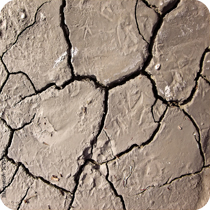 Certain countries have begun to experience permanent water shortages across their territories, found a report on the progress of member states in addressing water scarcity and droughts published by the European Commission on 18 May.

Countries with the most severe water shortages include member states in the South, although the Commission expects the problem to spread to South-Eastern and Central Europe. Indeed, the Czech Republic has already reported areas where water is frequently scarce while France and Belgium have reported over-exploited aquifers.

The report underlines the need for an effective water pricing policy, which should in turn be integrated into a wider set of EU policy goals. The importance of water efficiency, water saving measures and the improvement of water management tools was also mentioned, as these would help reverse the over-exploitation of Europe's limited resources, meet consumer needs and face climate change challenges.

The Commission also expressed its concern over the lack of implementation of the Water Framework Directive (WFD) in a number of member states affected by water scarcity. Indeed, some countries have not yet begun their consultations on national plans for managing Europe's river basins, despite the deadline for plan submission having been set for March 2010.

In the meantime, the Commission has decided to launch a series of preparatory activities ahead of the 2012 water scarcity and droughts policy review. The focus in 2010 will be on water efficiency, the potential for saving water in buildings, the reduction of leakage risks, and the efficiency of water-use in agriculture.

The results of the aforementioned activities will be included in the 2012 Blueprint to Safeguard EU Waters, along with the review of the WFD implementation and of the vulnerability of environmental resources.

Further steps include tabling a directive on water savings in buildings, which the Commission hopes to finalise by the end of 2010, and addressing the issue of water efficiency in farming at the occasion of the upcoming reform of the Common Agricultural Policy, as agriculture accounts for two thirds of EU water use.