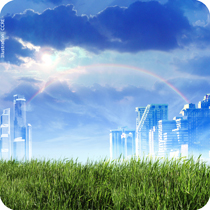 Municipalities and cities are invited to submit online applications to set up town twinning project focused on citizenship or thematic networking. Applications must be sent to the Education, Audiovisual and Culture Executive.Agency (EACEA) of the European Commission until 30 September 2009.

The Executive Agency has set a new deadline for the online applications under Action 1, measures 1.1 and 1.2 ('Town Twinning citizens meetings" and 'Thematic Networking of Twinned Towns"). The deadline has been postponed to 30 September 2009, (instead of 1 September) in order to leave more time to project holders to send their application.

The Executive Agency also stipulates also that the form is available in English only for the time being (the online forms in German and French should be available soon) but it can still be filled out 'in any of the official languages of the European Union".