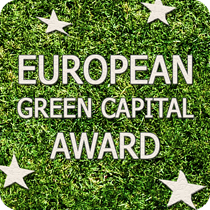 Participate in the European Green Capital Award, to be given each year to a city that is leading the way with environmentally friendly urban living (deadline on 1 October 2008).
The award will be given to a city that has a.consistent record of achieving high environmental objectives, is permanently committed to ambitious action, further environmental improvement and sustainable development - and can act as a role model to inspire and promote best practices in all other European cities. Entries will be assessed on the basis of ten environmental criteria including climate change, transport, air, waste and water.
Any European city with a population of more than 200,000 can apply, and in countries where there are no cities that big, the largest city will be eligible to participate.
Currently, more than 40 major European cities, including 21 EU capitals, have expressed their support to this initiative, which was conceived by 15 European cities and the Association of Estonian Cities in Tallinn on 15 May 2006.