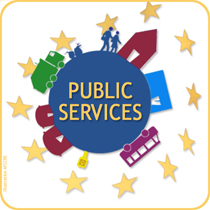 How to conciliate Europe and local public services? (AFCCRE seminar)

Which European framework for local public services? This will be the main question of the seminar organised by the French Association of the Council of European Municipalities and Regions (AFCCRE), on 11 July 2008, in Paris.
The seminar will aim to exchange views on the need for legal certainty for local governments in the field of public services. Another objective will be to provide proposals to the French Presidency of the EU due to begin on July 1.
The seminar will be two-fold: a first session on local services of general interest - the demand of clarification of European rules ; and a second session on the European framework for local services of general interest after 2007 evolutions.
Participants will include representatives from French and European local governments (AFCCRE, AICCRE, CCRE, APC, DSTGB), members of the European Parliament and of the Committee of the Regions, as well as the French Minister of State in charge of European affairs.
Experts and representatives from local governments are invited to participate in the seminar. Please return the registration form before 1 July at the latest (compulsory registration).
Practical information
Date: 11 July 2008
Venue:
Palais du Luxembourg, Salle Médicis
15 de Vaugirard street
Paris 6ème