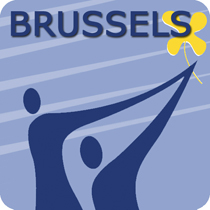 After Paris, Vienna and Athens, Brussels signs up to the Charter for gender equality

Brussels has joined the over 700 European cities, regions and local governments who have signed CEMR's charter of equality of women and men in local life.
Brussels' local councillor in charge of gender equality Ahmed El Ktibi signed the Council of European Municipalities and Regions' (CEMR) charter on 7 May 2008.
Local governments are an important vector of change, states Ahmed El Ktibi. Local authorities' actions, in this case in the field of gender equality, can encourage other local authorities as well as regional and national authorities and the private sector follow suit. I am proud that the council of the capital of Belgium and Europe has unanimously adopted CEMR's charter for gender equality.

CEMR's European charter of equality of women and men
In 2005, with the financial support of the European Commission, CEMR launched a project on "The town for equality". That project aimed mainly to collect best practice cases of gender equality in European local governments as well as at setting up a methodology to help local representatives achieve true gender equality in their municipalities.
The charter itself is the continuation of that project. Its aim is to encourage local politicians to sign it, thus committing themselves publicly to implement the measures in the charter in their municipalities.
Both projects, the drafting of the Charter and the implementation of the charter have the financial support of the European Commission.
CEMR's charter for equality in 17 languages
List of signatories of CEMR's charter
CEMR's action in favour of equal opportunities
The website of the City of Brussels (in French)