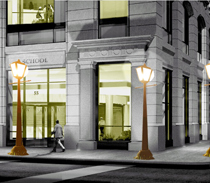 The Covenant of Mayors for energy efficiency is born

The Covenant of Mayors for energy efficiency has been launched officially at the occasion of the European Sustainable Energy Week (EUSEW), in Brussels, from 28 January to 1 February 2008.
The Covenant of Mayors.will bring together mayors of Europe's cities in a permanent network to make better use of energy in cities and towns. The covenant is the response of the most active cities to global warming: a formal commitment by the adhering cities to reduce their CO2 emissions even beyond the EU 20% objectives. Almost 100 cities throughout Europe, including 15 capitals, have expressed their willingness to join.
"Concrete projects directly involving citizens"
Talking at the conference, Barbel Dieckmann, mayor of the city of Bonn, and vice-president of the Council of European Municipalities and Regions, presented the activities developed in the city since 1995 to tackle climate change.
In her speech, Barbel Dieckmann pointed out the importance of raising awareness among citizens and to involve all partners including the private sector. 'We have to be very concrete and practical, tangible in our planning and to involve all citizens. They have a crucial role to play and are getting more and more motivated, looking at what they can do to contribute to the efforts", she said.
The European Sustainable Energy Week (EUSEW)
Photos taken at the event