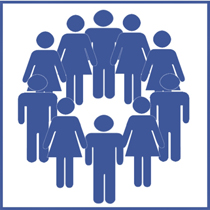 Gender equality in politics: a reality?

"A slow march towards gender balance in politics": it is in these words that the Council of Europe describes the state of women's participation in decision-making bodies in Europe.
The Council of Europe notes that, on the basis of.a European survey from 2005, only one country, Sweden, had reached the level of 40% of women in the national parliament, while apart from the other Scandinavian countries, Austria, Belgium, Germany, the Netherlands and Spain were not far behind. In half of Europe, the representation of women was below 20% and seven countries had less than 10% (Albania, Armenia, Hungary, Italy, Malta, Turkey and Ukraine).

The situation is similar in governments. Three countries had reached a complete balance of fifty-fifty - Austria, Spain and Sweden - while eight governments had no female representation at all and the average was below 20%.

According to the Council of Europe, the situation is similar to that within its own structures. In the Parliamentary Assembly no more than 26% of the members are women and in the Congress of Local and Regional Authorities the figure is 27%. Among the Ambassadors in Strasbourg only 13% are women and among the 46 current Foreign Ministers not more than five (11%) are female.