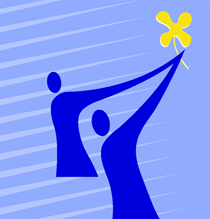 The European Commission has published a roadmap for equality between men and women, to coincide with Women's day, on 8 March 2006. Its main objectives are to tackle the pay gap between men and women, support better work-life balance, eliminate violence and trafficking, and promote gender equality both within and outside the EU. (The full text of the roadmap for equality between men and women).
Women in the EU are still not getting a fair deal, particularly in the workplace. Gender equality isn't just a good idea - it liberates people's potential and plays a key role in making the EU more competitive, says VladimÃ­r Å pidla, EU Commissioner for Employment, Social Affairs and Equal Opportunities.
Vladimir Å pidla also announced that a new European Institute for gender equality will be set up to support the EU institutions and the Member States in promoting equality between women and men and combating sex discrimination. The creation of an institute for gender equality was requested by the European Council in June 2004 and has also been demanded by the European Parliament; it is expected to be operational by January 2007. (more information on the European Institute for gender equality).
The European Parliament will mark Women's day by holding a conference on forced prostitution in sport. The conference will take place in Brussels; MEPs, representatives from the Commission and NGOs as well from the football world will attend.
Finally, the Committee of the Regions and the European Economic and Social Committee are marking Women's day by renaming their Montoyer building into Bertha von Suttner, the first woman to have been awarded the Nobel Prize in 1905.
The Council of European Municipalities and Regions held the final conference of its project A charter for gender equality in Europe's towns and cities, last February. It also released, in 2005, a publication on the virtual town for equality.