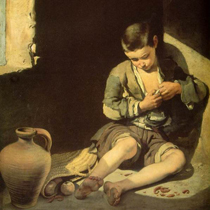 The municipality of Antwerp, Belgium, has presented a pilot scheme aiming at helping people who live in poverty to gain self-confidence by making their poverty less visible.
The municipality organises seminars where people can learn how to improve the way they are perceived by others, in order to avoid discrimination on the basis of their appearance. The seminars focus on practical advice like how to look tidy at an affordable cost or how to be aware of your body language, but also on healthy food and hygiene. Furthermore the city opened a store offering new clothes at very low prices, and a sewing atelier where people can have their clothes mended and ask for advice. The atelier also offers courses and eventually gives people the opportunity to work there.
The project was set up in September 2005 after the city organised a meeting on poverty. Participants stressed the fact that poor people often are discriminated on the basis of visible signs of poverty.
Through this project we want to address the issue of discrimination based on people's appearance, says Marijke Cassiers, responsible for the project. She added that it is too early to draw conclusions but the first reactions are promising.
Leading the project is the Antwerp administration for Social Welfare. The partners include several Antwerp based social organisations as well as the Flamish Fashion Institute.
This is just one of the new practices presented at the Association of Flemish Cities and Towns' (VVSG) Meeting Day held in Gent on 16 February 2006. Various lectures and workshops were organised to give the local administrations and especially candidates for the local elections in October new ideas on local policy. The main speakers included Flemish minister of Local Governance, Marino Keulen and Flemish Minister of Employment and Education, Frank Vandenbroecke. Over 3800 delegates attended, mostly local representatives.
For more information on the VVSG Meeting Day, visit the VVSG website
For more information on the project, contact Marijke Cassiers or visit the site of the Antwerp administration of Social Welfare