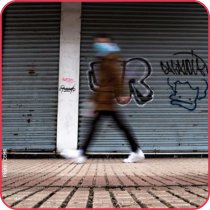 While youth unemployment across the bloc has decreased compared to last year, European towns are struggling to remain attractive to young people.

Youth unemployment in the EU is currently at 13.8% and has decreased compared to last year, but the rate varies from region to region, with the highest number of unemployed young people in the regions of Southern Europe.

In the Portuguese municipality of Mourão, a small town near the border with Spain, the youth unemployment rate is at 24.6%.

According to mayor João Fortes, while many young people would like to stay, they end up moving to other cities where they find more job opportunities, such as Evora, Porto or Lisbon.

“I really would like them to come [back] because we are ageing so much that we need young people to build their own projects, their own family,” Fortes told EURACTIV.

Other mayors are raising similar concerns regarding the impact of demographic changes on their municipalities.

Alexandros Paschalis, deputy mayor of Edessa, a small Greek town with a 45% overall unemployment rate, said the “city is getting older and older.”

“Most of the people who go to study don’t have the opportunity to come back to do the work they study for,” he said at a conference organised during the EU Regions Week, adding that local authorities often lack the tools to address youth unemployment.

The city of Klaipėda on the Lithuanian coast is also facing a similar challenge to retain local youth.

According to mayor Vytautas Grubliauskas, “the goal is not to stop them, but to do everything so they can come back.”

In Grubliauskas’ view, to reduce unemployment and retain young talents, regions and cities need to be “attractive from the infrastructural point of view.”

“It is not enough to only create jobs, we also need to have the adequate conditions in place,” including infrastructure to compensate for lower salaries, he said.

Youth unemployment in Klaipėda is lower than the European average and the overall unemployment rate, with just over 8% of the population between 16 and 29 years of age out of a job.

The mayor said the municipality is “approaching these challenges in a good way,” for instance cooperating with universities and NGOs. The city has also created a funding mechanism to attract specialists in the areas most affected by labour shortages, such as IT technicians, doctors, and teachers.

In his view, cities and regions have the responsibility to make sure both the city infrastructure and choice of jobs are attractive to young people. At the same time, he said professional guidance is critical to help young people understand their talents.

At the EU level, the Commission is promoting vocational training to fill gaps in the labour market and give young people the skills needed to find employment.

However, the problem “cannot be solved in six months,” according to Andrea Glorioso, policy officer at the European Commission.

“Education policy takes a lot of time, in order to see the effect we need to have a bit of patience,” he said.

The idea is for them to develop competences the municipality does not have and for which it has to rely on external consultants.

“Why not try to teach these kids how to do it?” Fortes said.

“It will require time, obviously, but after that time perhaps we’re going to have the inside resources to manage these kind of tasks.”