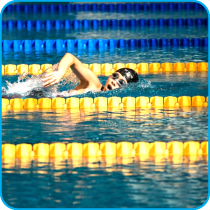 How can municipalities achieve significant energy savings? The Union of Cities and Municipalities of Wallonia (Belgium) outlines a set of actions to tackle the energy crisis.

The recommendations, all available on the Union’s web section dedicated to energy, include measures for street lighting, public swimming pools and the use of computer equipment.

With an estimated cost of €79 million, the total consumption of municipal public lighting in Wallonia in 2021 amounted to 197 million kWh. The UVCW experts estimate that shutting off street lights for five hours every night would result in an overall saving of 44% of the total, that is to say €35 million of saving annually for the Walloon municipalities.

Tuning off Christmas lighting, however, would not necessarily achieve significant savings, explains the Union. By way of comparison, the city of Innsbruck, in Austria, estimates that Christmas lighting accounts for 0.0007% of total annual consumption. Nevertheless, despite the low energy impact, the city has decided to set an example by turning the lights off earlier in the evening and turning them on later in the morning.

Referring to a practical guide published by the SPW on energy performance in Walloon swimming pools, the UVCW identifies potential savings to be made. These include a better management of pool cooling and heating systems, especially given that public pools are open to swimmers only half of the time. By adopting such measures and others, energy savings may range from 5 to 15% of the total consumption.

Keeping computers in standby mode does not result in massive savings, the UVCW shows. The game-changer, however, is whether computers are left powered on 24/7, or eight hours per day, five days a week. The difference in consumption is estimated at 453 %.

Pushed by an unfolding energy crisis, municipalities, cities and regions across Europe are deploying a wide range of actions to reduce energy consumption. While there is no one-size-fits-all approach across Europe, there is a common need to act. Only by acting simultaneously on the ground, in our streets and communities can we find a way out of this emerging crisis.