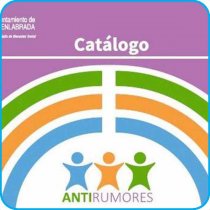 We tend to make up stories about people we don’t know well. An animated story, ‘It all started accidentally’ ("Todo empezó sin querer"), sets a mirror to people who spread assumptions about other people without checking the facts first. Such rumours can spread like wildfire and thus contribute to exclusion and discrimination.

This animated video has been made for children and adults alike as part of the Anti-rumours Project in Fuenlabrada, Spain. It aims to raise awareness about the negative impact of rumours.

The Spanish city has experienced rapid population growth due to migration over the past 40 years. "Antirumours" is one many project in the city boosting social cohesion. The project has been running since 2013 as part of the Council of Europe’s Intercultural Cities initiative and brings together 25 cities across Spain.

The project aims to tackle discrimination and harness the potential of diversity by triggering a change in perceptions and behaviours. The objective is to identify significant rumours by collecting objective data and emotional arguments to dismantle false rumours.

It is also creating an anti-rumour network of local actors from civil society, empowering anti-rumour agents and designing a campaign to raise awareness about the damage rumours can inflict.