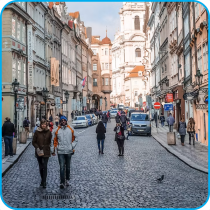 What happened to subsidiarity? Local governments have little say on post-COVID recovery plans

The Committee of the Regions and CEMR have teamed up again to explore the involvement of local and regional governments in the implementation of the European Union’s 724-billion-euro post-COVID recovery plan, the Recover and Resilience Facility (RRF).

The results of the survey, based predominantly on the responses of CEMR members, give important insights to the extent of local and regional governments’ ability to influence and contribute to the national recovery plans.

One year one from the earlier CoR-CEMR study, the results remain largely discouraging: too often national recovery plans have been implemented as top-down processes with little input from municipalities and regions.

While respondents were broadly positive about the recovery plans’ ability to support for the green and digital transitions, they were more ambivalent regarding other policy objectives, such as territorial cohesion.

The study will be a valuable tool as CEMR continues its advocacy work on the RRF, especially in view of the European Parliament’s upcoming vote on its position on the plan’s implementation.