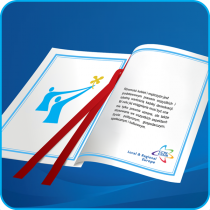 Poland: 16 pioneering cities commit to going above and beyond for local equality

Today 16 Polish cities covering over 4 million inhabitants sign the European Charter for Equality of Women and Men in Local Life in a collective ceremony in Poznań.

This historic event, organised by the Association of Polish Cities (APC) and the Council of European Municipalities and Regions (CEMR), takes place on a symbolic day for gender equality and human rights, the International Day of the Girl Child, as well as the opening day of the European Fundamental Rights Forum 2021.

It demonstrates the political will and desire of numerous Polish cities to be egalitarian and friendly places for all. This mobilisation also presents a different face of Polish local governments in contrast to the wave of anti-LGBT resolutions that were adopted across Poland in recent years. Although national contexts and political debates be contentious, cities have a large margin of manoeuvre to enact local policies and programmes that are gender-sensitive and inclusive.

Sharing her enthusiasm and support for the initiative, EU Commissioner for Equality, Helena Dalli declared: “The signing of the Charter is a public engagement, one that involves the embracing of diversity and the ensuring of equal rights and opportunities. Such an act is especially welcome in these challenging times when women and minorities have experienced a heightened impact of the effects of the pandemic.

For his part, CEMR Secretary General, Frédéric Vallier, said: “This signing ceremony marks a profound milestone in strengthening gender equality in Poland. Those leading cities will undoubtedly inspire others, in Poland and elsewhere, to make the same commitment and act locally in favour of a shared European value: Equality.”

Also reacting in a video message, CEMR Spokesperson on Gender Equality, Silvia Baraldi,  highlighted: “As guardians of the Charter, CEMR and its Standing Committee, promise their support and encouragement to those who are motivated to create places where everyone can pursue their ambitions on equal terms, without discrimination”.

The 16 new Polish signatories join up to a European community of nearly 2,000 like-minded local governments in 36 countries who have committed to the principles of the Charter and use it to guide the development of their gender equality policies.

The European Charter for Equality of Women and Men in Local Life is both a political document and a practical instrument. It encourages local and regional governments to make a public commitment to equality and to implement the principles listed in the Charter. The Charter proposes concrete methods by which equality of women and men can be pursued in different fields of competences: political participation, employment, public services, urban planning, etc. It was launched 15 years ago and is currently undergoing a revitalisation process.