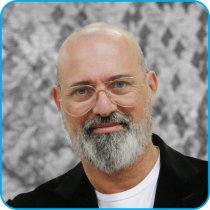 Stefano Bonaccini: "President von der Leyen should stick to her words when she said that local and regional governments will be at the heart of our recovery"

The European Committee of the Regions (CoR) has a long and fruitful cooperation with the Council of European Municipalities and Regions (CEMR), which turns 70 this year. Many joint initiatives, consultations and activities have been developed by the CoR and the CEMR so far and many others are already in the pipeline.

Just a few days ahead of the 19th European Week of Regions and Cities, which will take place from 11 to 14 October, we spoke with the President of Emilia-Romagna and CEMR, Stefano Bonaccini, on how local and regional governments take up the new challenges brought by the COVID-19 pandemic, climate disruption and territorial inequalities.

​​​​President Bonaccini, after seven decades of work to empower local and regional authorities in Europe, what would you say are CEMR’s main achievements?

Seventy years is a long time in politics and there is much to choose from. In the early years, CEMR greatly contributed to the European project with the promotion of town twinning. This movement was crucial to reconcile people across the continent in the aftermath of the war. Today it is estimated that there are over 20,000 twinning across Europe.

Protecting local democracy and autonomy was also crucial. CEMR’s advocacy in this area culminated in the 1985 European Charter of Local Self-Government of the Council of Europe . Today, the Charter’s 47 signatories all commit to respecting local democracy and the Congress of Local and Regional Authorities is responsible for evaluating the application of the Charter, in each Member State, through a regular monitoring, country-by-country.

Over the years, we have extended our action to an increasingly wide variety of areas, including issues of gender equality, the environment or international cooperation. But in terms of achievements, I would cite two recent examples.

Alongside other networks of local and regional governments, we have successfully influenced negotiations on cohesion policy to ensure that towns, cities and regions must be consulted when designing and delivering EU funds. To bolster our efforts, we joined with other supporters of a strong regional policy to form the #CohesionAlliance, launched by the European Committee of the Regions (CoR) in 2018.

CEMR also recently achieved the recognition that national and European associations of local and regional governments no longer need to appear on the EU Transparency Register. Thus, municipalities, regions and their representatives are no longer treated the same as private sector lobbyists, but an integral part of Europe’s democratic governance.

The context has definitely changed over the past decades. What is the raison d’être of CEMR today?

European integration has allowed its member states to enjoy the longest period of peace ever, but nowadays we are fighting other kinds of battles. The pandemic has shown that our lives can easily change within days, but also that local and regional governments play a key role, throughout all types of territories, to respond to citizens’ basic needs and ensure cohesion and safety in our communities in times of crisis.

CEMR reacted quickly, offering its members the space to exchange on how local and regional governments were implementing social and protective measures as the health crisis unfolded. We have closely evaluated the devastating impact of the crisis on local and regional finances and raised the alarm on their reduced capacities to invest in a more sustainable future.

But we still need to fight for their voices to be heard, both at the EU and national levels. In a consultation carried out together with the CoR, we documented the poor level of consultation of municipalities and regions’ representatives in the drafting of the national recovery and resilience plans. We must take a strong stance to affirm their right to be involved. Fortunately, we could count on the support of the European Commission and the European Parliament, to amplify our message. CEMR will continue to monitor the rollout of these plans over the coming months.

Climate remains high on the EU’s legislative agenda (Fit for 55, social fund, etc.): how are cities and regions contributing to advancing the green transition?

The fight against climate change is the other battle we cannot afford to lose! Our territories are subject to more and more floods, as we saw this summer in Belgium, Germany and the Netherlands. But there were also fires in Greece, France, Turkey and in my own country Italy. Climate change is no longer a challenge for tomorrow but one that affect our lives now.

President von der Leyen’s commitment in the European Green Deal is a clear sign that the EU is pushing to move forward on the green transition. But without effective EU and national support for local and regional governments, this will remain nothing but fine words. And here, the EU must reflect on how to leave no territories behind, including smaller and less connected territories with less human and financial means.

It’s not enough to allocate funds when a catastrophe arrives like the one last summer. We need to work on a preventive facility to help municipalities and regions adapt to climate change and be prepared to face any extreme climate event. These are some issues where CEMR can work and contribute to building the resilience against climate change.

To what extent can the Next Generation EU programme support cities and regions to face such challenge?

Under the spending rules, at least 37% of EU recovery funds should address climate change. In Italy there are plans to integrate more regions into the high-speed rail network and to extend bicycle paths or zero emission bus networks. Citizens are asking for more action on the ground and the recovery plans are a great opportunity to meet their expectations!

Also, the digital transition. Italy’s recovery plan will allocate 25% of the total budget to support the digitalisation of our public administrations or to implement digital public services among many other projects. But we will also aim to transform vulnerable territories into smart and sustainable areas by investing in social housing or by strengthening local social services.

Now that most of plans have been approved, we need to keep an eye on their implementation. We need President von der Leyen to stick to her words when she said that local and regional governments will be at the heart of our recovery.

Local and regional finances were strongly hit during the pandemic, what is the state of play of local finances?

The pandemic has greatly harmed local budgets! While the crisis confirmed the crucial role of local and regional governments, the impact on our finances and capacity to invest in the long term has been devastating.

According to our monitoring of local finances, the “scissor effect” has been confirmed with a sharp drop in revenue and a spike in spending, due notably to the provision of social care, the purchase of protective equipment and support to businesses, the tourism industry, cultural activities and local associations. We have also seen a disparity in the quantity and type support provided by national governments to towns, cities and regions.

We will follow closely the upcoming reform of EU economic governance, advocating for an enabling framework for local and regional investments.

What will be the role of local and regional governments and their associations in the future of Europe?

Today, 77% of Europeans consider that local and regional governments and civil society should be consulted on the use of Next Generation EU funds. This is a clear sign that municipalities and regions must play a role in Europe governance.

Local and regional governments and their associations are the best-placed to create the link between citizens and the EU institutions. That is what this crisis has shown: it is only by working hand-in-hand – Europe, national governments and municipalities and regions – that we can provide solutions for people’s well-being. And I can assure you that we are ready to mobilise citizens around the debates on the future of Europe: CEMR will play its role in this democratic process.

The Conference on the Future of Europe is a not-to-be-missed opportunity to strengthen cooperation with local and regional governments. Let’s seize this chance to put municipalities and regions at the heart of the European project!

Translate
This interview was originally published by the Committee of the Regions.​ It is also available in Italian and German.