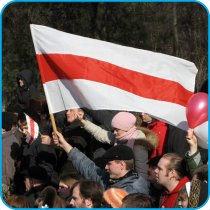 Europe's towns and regions stand up for democracy in Belarus

The Council of European Municipalities and Regions condemns the violence against Belarusian protestors following allegedly fraudulent presidential elections. We appeal for peaceful, open and inclusive dialogue between all parties. The elections, which took place in Belarus on 9 August 2020, did not comply with any international standards of democracy and the rule of law. These elections were neither free nor fair.

We urge the Belarusian authorities to stop the persecution of political opponents, to immediately release all those who are unfairly detained and to respect human rights and freedoms. We call upon the Belarusian government to immediately engage in a genuine political dialogue with the opposition to avoid further bloodshed and organise new elections under the scrutiny of international observers.

We call on the European Union and Member States to support dialogue and mediation processes in coordination with neighbouring countries and all parties concerned to engage Belarus in a transition process leading to democracy with fair elections.

We furthermore urge the EU institutions and national governments to strengthen assistance to Belarusian civil society, including to organisations promoting local democracy and municipal autonomy, which are a genuine training ground for democratic citizenship and the rule of law.

Europe’s municipalities and regions will support Belarus’ democratic development and the growth of city-to-city and region-to-region ties. We are confident that only nonviolence and dialogue can produce a positive solution for all concerned.