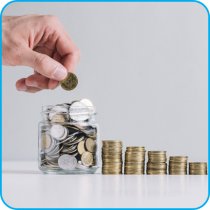 Europe’s towns and regions are under extreme financial pressure as a result of the COVID-19 crisis and associated lockdowns. While expenditure rose as towns, cities and regions had to step up to take emergency measures, revenue has fallen sharply. Losses run into the billions.

This is revealed by a CEMR survey of national associations of local and regional governments. With data from 21 associations in 17 countries*, the report provides a wealth of information on municipalities and regions’ financial situation, with various examples of economic estimates and national support schemes.

The situation in Europe’s towns, cities and regions is critical” said Flo Clucas, Councillor for Cheltenham (UK) and CEMR spokesperson on local finances. “In several countries, local councils are at risk of not being able to ensure the services they have to provide or, worse still, of being in an illegal situation when the national law forbids them from engaging in deficit spending.”

The report details how local and regional governments have had to take emergency health actions, put in place social support measures and adapt their regular services to the new context – often at considerable cost. In Portugal for instance, municipalities have implemented a wide range of measures, including home delivery of food and medicines, accommodation for health professionals and emergency financial support for vulnerable groups.

The decline in income has been principally due to loss of tax revenue as a result of the slowdown or outright halt of economic and business activities. In Germany for instance, it is estimated that municipalities’ tax income will fall by €15.6 billion in 2020, while Czech municipalities expect a 20% drop in local tax revenue in 2020 relative to last year.

These losses vary significantly according to countries’ local finance system – such as whether local governments depend primarily on own taxation or allocations from national taxes – and each territory’s economic profile. Municipalities and regions depending on tourism have been hit particularly hard.

National support has so far been lacking

The report stresses that national and European support will be crucial for some towns and regions to be able to continue to provide essential services. The European Union’s recovery package should make a portion of funds directly available at local and regional level.

Without such support, the COVID-19 crisis could lead to a lasting decline in local and regional public investment, as occurred after the 2010 financial crisis, even as many European territories already suffer from underinvestment. Unfortunately, so far most national governments have provided little financial support to municipalities and regions. Where such aid exists, it has been insufficient to cover their losses and increased expenditures.