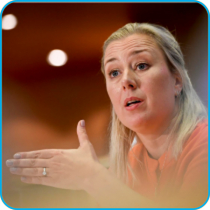 Commissioner Urpilainen: “We are very much working together with the local communities, and local and regional organisations”

This interview with International Partnerships Commissioner Jutta Urpilainen by Beatriz Rios was published by EURACTIV.com on 11 May 2020 under the title COVID-19 crisis ‘proves the need for an international rule-based order’. The interview was originally published in Euractiv as part of  PLATFORMA's Policy topic "Cities and Regions".

The COVID-19 crisis “proves the need for an international rules-based order,” the EU’s Commissioner for International Partnerships Jutta Urpilainen said in an interview with EURACTIV.

“This virus knows no borders,” Commissioner Urpilainen said by phone. “We really need to work together to prevent these crises but also to solve them because, otherwise, none of us is safe,” she added.

The former minister for finance in Finland, Urpilainen has previously worked at the World Bank and the International Monetary Fund Development Committee. Her portfolio name is International Partnerships but she is mainly responsible for the EU’s cooperation and development policy.

What this new title means is that “we don’t want to see our partner countries through this donor-recipient relationship but rather as equal partners,” Urpilainen explained, adding that “the DNA” of the portfolio remains working towards attaining the Sustainable Development Goals.

However, the EU’s cooperation and development policy has also been affected by the coronavirus outbreak. In April, the Commission announced a €20 billion support package to help partner countries deal with the crisis.

“We have three different priorities where we are reallocating funding. Of course, the first one is the humanitarian response. The second one is strengthening health, water and sanitation systems; and our third priority is to mitigate the socio-economic consequences of the crisis,” the Commissioner said.

To implement this package, “we are very much working together with the local communities, and local and regional organisations, also the civil society, because now, of course, the whole exercise has to be very much inclusive,” said Urpilainen.

As in Europe, the scope of the impact of the crisis varies across the world, and international partners are now discussing debt relief measures for poor countries heavily hit by COVID-19.

“We can see that many African countries, for instance, have a high debt burden and very limited fiscal space to respond to the crisis, while also facing large capital outflows,” Commissioner Urpilainen explained.

The EU has been taking part in the discussions at the G20 and G7 ministerial meetings and in cooperation with the International Monetary Fund and the World Bank.

“I personally am supportive of a globally coordinated response that will ease the burden,” she said, adding that “the freeze of bilateral government debt payments in 77 countries, by G20 countries until the end of the year is a good first.”

However, Urpilainen stressed the need to study “what can we do in order to increase the fiscal space in foreign countries and especially in Africa.”

The Green Deal, the Digital Agenda, and managing migration flows are some of the key objectives of the von der Leyen Commission’s working plan, and are reflected in its strategy with third countries.

“In order to be coherent, we should have the same policy within the EU, but also outside the EU,” Commissioner Urpilainen argued.

“Of course, everybody is focusing on this pandemic now but climate change is there. How to fight and how to tackle climate change is a crucial question for the whole planet and so is digitalisation,” she added.

However, that “doesn’t mean that we have forgotten other developing policy aspects” and that the Agenda 2030 is still the main policy framework for action.

The coronavirus outbreak has forced the EU to reassess its priorities to respond to the crisis and its consequences. The European Commission is working on an updated EU-long term budget to be tabled in the coming days.

“We are the geopolitical Commission,” Urpilanen said, “so I hope we will be able to see that funding for external relations, neighbourhood and international cooperation policy increased in our proposal.”

Read the interview on EURACTIV.com