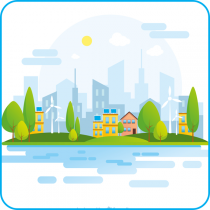 This article was originally published by the Convenant of Mayors.

In an open letter released today, 5 May, members of the European Covenant of Mayors Board share their willingness to turn the current crisis into an opportunity for accelerating the energy transition.

"Local communities, cities and regions remain on the frontlines of the response to the crisis. They have taken extraordinary and unprecedented measures with significant social and economic consequences, while reorganising their citizens’ everyday life. They are thus making an important contribution to coping with the current COVID-19 pandemic without losing sight of the climate emergency. [...]

Even though at the moment, the focus is on containment and protection measures, national governments and the EU are already preparing relief packages intended to put the economy back on track. To best support cities and regions in their recovery efforts while accelerating the energy and climate transition, these investments, should be channelled towards the transformation to a climate neutral society."