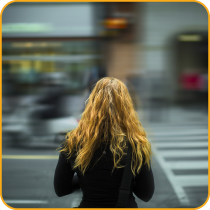 Today, 55% of the world’s population lives in urban areas, and this proportion is expected to increase to 70% by 2050. If we don’t take action now, this rapid urbanisation could worsen the many challenges that cities are already facing: inequalities, housing access, unemployment, ageing population or environmental degradation. How can we ensure a sustainable urban development that benefits everyone?
To find solutions to the rapid urbanisation of the planet, thousands of officials (ministers, mayors, MEPs, NGO, experts or the academia) will gather in Abu Dhabi, from 8 to 13 February, for the 10th edition of the world's leading conference on urbanisation: the World Urban Forum (WUF).
A PLATFORMA-CEMR joint delegation of mayors and local elected representatives will be attending the forum to raise the voice of Europe’s towns and regions in this global debate.
Among others, are within the delegation cordinated by the Global Taskforce of local and regional governments (GTF): Carlos Martinez, Mayor of Soria (Spain), vice-President of CEMR & UCLG; Carola Gunnarsson, Mayor of Sala (Sweden), vice-President of UCLG; Anders Knape, Lord Mayor of Karlstad (Sweden), President of SALAR & vice-President of CEMR; Jan Van Zanen, Mayor of Utrecht (Netherlands), President of VNG and co-President of UCLG; Ulrich Sierau, Mayor of Dortmund, and Mohamed Boudra, mayor of Al Hoceima (Morocco), President of UCLG and of the Moroccan Association of Municipal Councils.
Here's where they will be present:
World Assembly of Local and Regional Governments
Convened by the Global Taskforce of Local and Regional Governments, it will allow the local and regional governments constituency to deliberate and agree upon its political voice in the international agenda, as well as to provide a space for our constituency to reflect on our policies and solutions for the coming years.
When: 8 February from 1.30pm to 6.00pm
Where: Hall4, Room A
Local and regional governments round table: Dialogue between mayors and ministers
A dialogue between mayors and ministers will take place as the Local and Regional Governments Roundtable. The debate will ensure that the views of all stakeholders are incorporated to find solutions to the challenges faced when implementing the New Urban Agenda, and enhance dialogue among spheres of government.
When: 9 February from 4.45pm to 7.00pm
Where: Hall 4 Room A
The European Breakfast meeting: the Urban Agenda in Europe and beyond
Local and regional elected representatives, representatives from the European Commission, EU Member States and Members of Parliament will debate on the implementation of SDGs and SDG 11 in particular in Europe at European, national and local level, and the role of European municipalities and regions in decentralised cooperation for the Global Goals.
When: 10 February from 8 to 9 am
Where: Hall 2, room 5
United Nations Advisory Committee of local authorities (members only)
When: Monday 10 February from 11.00 to 12.30

Traduire
For more information:
• Join the conversations on social media with the hashtags #CitiesAreListening and #WUF10.
• Check the programme compiled by the Global Task Force.
• The live streaming coverage of multiple simultaneous meetings will be available on the UN Web TV website.