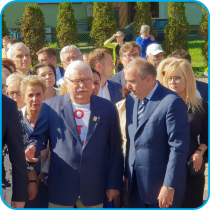 30 years ago on 4 June, Poland’s “Solidarność” movement obtained the right to hold the first partly open parliamentary elections, which were shortly followed by the first entirely free local elections. These elections would mark the beginning of a return to democracy in central and eastern Europe.

Mayors from all over Poland gathered in Gdansk to celebrate this anniversary, but also to debate on the future of local autonomy in Poland, which has recently been subjected to the Polish government’s attempts to return to a centralist model.

This event, thanks to the impulsion of the Association of Polish Cities and the city of Gdansk, also gathered CEMR Secretary General, Frédéric Vallier, as well as historical figures of the Solidarność movement, such as Lech Walesa.