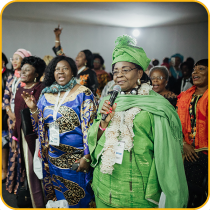 Bringing local Africa and Europe ever closer to a sustainable future

8,000 participants. 53 countries. 8 editions. 1 goal: the transition to sustainable cities and territories. We’re talking about Africities 2018, which took place in Marrakesh (Morocco) from 20 to 24 November.

While the transition to a sustainable future may be the overarching goal, that goal hangs onto many different strands. CEMR organised several sessions at Africities, focusing on different fundamental aspects of a sustainable and just transition. Here’s what happened.

The Africa-Europe Pact for Local Equality is born

Great news for supporters of gender equality: the Africa-Europe Pact for Local Equality is born! Although it is still a draft version (the final Pact will be signed in 2019), this is a big step for gender equality at local level. It’s a commitment from local Africa and local Europe to work together to advance gender equality and empower women and girls.

This Pact is the fruit of joint efforts by CEMR, UCLG Africa, its African Network of Locally Elected Women and UCLG. Find out more in our article.

Very interesting discussions took place at the ‘Africa-Europe Local Elected Youth Forum’, organised by CEMR, and UCLG Africa. The young local leaders put their heads together to find solutions for a sustainable future. Overall, there is a consensus for a better integration of young people in decision making.

But beyond that, participants suggested several original solutions for the future. For instance, the creation of a joint European and African cultural agenda, the adoption of a local rather than national approach to the SDGs and installing a youth council in all local governments.

Africa and Europe’s youth are at the heart of the transition towards sustainable development. This fact was at the core of the exchanges during the session on decentralised cooperation, organised by PLATFORMA and Cités Unies France. Several ideas and suggestions emerged, such as the creation of new youth partnerships between cities, including young people in local decision-making processes, and a focus on improving their skills.

As CEMR Secretary General Frédéric Vallier stated: « We must keep in mind the exchange between cities, and their mutual sharing and learning. That’s what makes the difference with external investments, which are detached and have no links with the local population. »

The Covenant of Mayors in Sub-Saharan Africa (CoM SSA), a network of African mayors dedicated to fighting climate change, organised several fascinating sessions during Africities:  a high-level panel for discussion on access to climate finance, a session on how cities can develop climate and energy action plans, as well as a session on the role of national associations in enabling climate action at the local level.

Beyond that, the initiative launched something new: the CoM SSA Group of Ambassadors. Mayors committed to raising the visibility of the initiative and promoting the work carried out by pilot cities and signatories. The launch ceremony was chaired by Felice Zaccheo, Head of Unit at the European Commission and Frédéric Vallier,CEMR Secretary General.

Here's another tangible outcome to remember. A fast-growing number of cities are realising the need to shift to climate-resilient cities, which was proven throughout Africities: more than 150 potential signatories and supporters signed a letter of engagement with the CoM SSA.

To discover Africities 2018 in pictures, have a look at the photo album.

Check out the conversations on social media with #LocalAfrica and #Africities8.