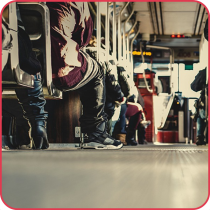 Simplifying the EU's cohesion policy is crucial but this must not lead to it being centralised only in the hands of national governments. Local and regional governments must be included in shaping and managing investment programmes. This message was delivered by the #CohesionAlliance – an EU-wide alliance calling for a stronger cohesion policy after 2020 – to the Council of the EU and Member States, a few days ahead of the EU General Affairs Council on 30 November.

Cohesion policy - worth over €350 billion between 2014 and 2020 and implemented through the European Structural and Investment Funds – is the EU's main investment tool and the only EU policy that supports all of Europe's territories and local communities by involving local stakeholders in order to deliver growth strategies led by shared EU goals. It is therefore shaped and delivered in partnership with regions, municipalities, cities and local actors.

The #CohesionAlliance warns that this unique model of governance is increasingly under threat. In the common rules for structural funds proposed by the European Commission last May, the territorial dimension and the partnership principle were already weakened in comparison to the current regulatory framework.

Ongoing efforts at Council level to simplify rules now risk further undermining the involvement of local stakeholders by deleting or weakening provisions on multilevel governance and the partnership principle. In particular, any derogation from the mandatory adoption of the Partnership Agreements would threaten the effective participation of local and regional governments and stakeholders in the funds' programming and implementation.

As stated in their Declaration, the Alliance partners require instead 'the strengthening of the partnership principle and the place-based approach by reinforcing the key role of local and regional authorities in delivering the policy by actively engaging involving urban and rural communities and promoting tools to trigger and support local development through integrated strategies'. This means that regional and local governments, as well as local stakeholders from civil society, workers' unions, business associations and universities, must continue to be a leading force in shaping and delivering the  investment plans that receive support.

A number of initiatives are being implemented by the Alliance in order to inform national governments and stakeholders about the possible consequences of centralising cohesion policy, and make the case that the involvement of relevant local actors makes the EU deliver more effectively on the ground.

The #CohesionAlliance is a coalition of those who believe that EU cohesion policy must continue to be a pillar of the EU's future. As a consequence of Brexit and the need for the EU to fund new priorities such as defence, security and external border control, the financial allocations for cohesion policy risk being cut in the next EU long-term budget – or Multiannual Financial Framework – which sets the EU's expenditure ceilings for the period after 2020.

To avoid this and raise awareness about the vital role of cohesion policy, the #CohesionAlliance was initially launched by leading associations of regions and cities, including the Council of European Municipalities and Regions (CEMR) and the European Committee of the Regions in October 2017.