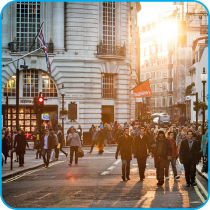 MEPs have made it clear: the EU must make the role of cities official

Cities and, more broadly, local government associations, are attracting more and more attention from EU lawmakers.
On 24 May, Members of the European Parliament’s Constitutional Affairs Committee (AFCO) voted a report on the “Role of cities in the institutional framework of the Union”, initiated by MEP Michal Ujazdowski. This report aims to establish a legal basis to allow cities and their representative associations to be formally and systematically involved in EU decision-making.

This is undoubtedly good news as it explicitly advocates the consolidation of the involvement of local government associations, like CEMR, in the design of EU policy. Furthermore, it calls for them to become key partners to the EU Institutions through a permanent structured dialogue mechanism.
Reacting to the result of the vote, Michal Ujazdowski declared: “The adoption of this report opens the perspective for cities to have a more active role in Europe’s future policy-making”.

While discussions are moving forward at the Parliament, here is why we believe local government associations, such as the Council of European Municipalities and Regions, should be fully recognised as contributors to European Governance.
Local government associations have three solid arguments in favour of having a formal role in the institutional framework of the Union: they provide proximity, pre-legislative input and expertise. By their very nature, mayors and local councillors are in a unique position to understand citizens’ needs and make EU legislation rooted in reality. But on their own, mayors or councillors are limited in their efforts to provide Europe-wide expertise and presence, crucial to effective policy-making. Only local government associations, with strong connections to day-to-day issues, can do this. They are the best placed to provide valuable and targeted input throughout the legislative process, but also in the pre-legislative stage when policy options are still being defined. This technical insight and advice is based on the knowledge of local leaders, practitioners and experts who are confronted with the reality on the ground.

This is a key step towards a formal recognition of local governments and their representative associations in the EU decision-making process and we welcome this advancement. The report will be voted during a plenary session in July.