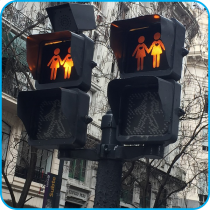 On 17 May 1990, the World Health Organization (WHO) removed homosexuality from their list of mental disorders. Nowadays, 17 May is the International Day Against Homophobia, Transphobia and Biphobia, #IDAHOTB. However, there is still a long way to go to make our towns and regions truly LGBT+ friendly. That’s why we’re dedicating a session to “living together in diversity” at our conference on Equality, Diversity and Inclusion, taking place in Bilbao from 11 to 13 June.

Eleanor Roosevelt explained that universal human rights begin in “small places, close to home – so close and so small that they cannot be seen on any maps of the world. Yet they are the world of the individual person; the neighbourhood he lives in; the school or college he attends; the factory, arm or office where he works. (...) Unless these rights have meaning there, they have little meaning anywhere”. As employers and service providers, local and regional governments are the ones in charge of making these rights a reality for each one of us, young, old, woman, man, heterosexual, lesbian, gay, bisexual, trans-and inter-gender, catholic, atheist, muslim, black or white, whoever we are and whatever our abilities may be.

This session, taking place at 3 pm on 12 June, is intended to inform and give examples of how a local or regional government can move things forward. But beyond all of this, the goal is to share. Share inspiration, political courage and  aspirations, so that universal human rights mean something in every neighbourhood, school, university, factory, farm or office.

Who will be there?

Good to know: interpretation will be provided in English, Spanish, Basque and German!

What about our other sessions? Stay tuned: we will be running a focus article on each session once a week until the conference. In the meanwhile, you can check out the detailed programme.

Join the discussion on twitter with the official conference hashtag #CEMRBilbao2018.