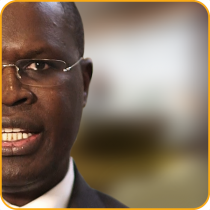 Mayors worldwide call for the liberation of the Mayor of Dakar

The mayor of Dakar, Khalifa Sall, has now been in prison for one year without trial. This year in prison is one year too many. Europe’s local and regional governments are joining the global movement to speak out against this injustice and call for Khalifa Sall’s freedom.

Reacting to this sad development, Deputy Mayor of Paris and Human Rights Special Envoy of the Council of European Municipalities and Regions (CEMR), Patrick Klugman, states: “All of Europe’s mayors and local leaders join the call from mayors worldwide for the freedom of our colleague Khalifa Sall. We call upon national and European authorities to put pressure on Senegalese civil authorities to respect the rule of law and to ensure Khalifa Sall receives fair treatment, which should be the case for everyone in a modern democracy!”

Europe’s local leaders are therefore joining the call for the freedom of the mayor of Dakar, launched by mayors of the whole world:

“We, the leaders of local and regional governments gathered within the world organisation of United Cities and Local Governments, UCLG, wish to recall the unworthy fate of the Mayor of Dakar upon the anniversary of his detention.

According to Senegalese law, he should be deemed innocent until the charges which have subjected him to justice with his co-accused have been proved. Unfortunately, he is still deprived of his freedom.

We believe that local and regional elected officials need to be treated with the dignity of the office to which they are conferred upon their election as Mayor, President or Councillor of a Territorial Assembly.

Translate
Khalifa Sall is the President of UCLG Africa, the African association of local and regional governments.