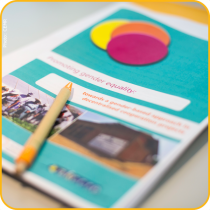 Promoting gender equality in decentralised cooperation: the new guide for towns and regions

“Unfortunately people, even politicians, think that in our European societies the same opportunities are granted for both women and men, but the truth is they aren't”, stated the mayor of Galdakao (Basque Country, Spain) and CEMR spokesperson for gender equality Ibon Uribe, in 2016. This statement is still true today. In Europe, as elsewhere in the world, gender equality is not a given. But what can be done? The new guide, “Promoting gender equality: towards a gender-based approach in decentralised cooperation projects”, written by AFCCRE (CEMR’s French association) in the scope of its activities with PLATFORMA, brings concrete answers to this question.

This guide was created so that local governments could act on gender equality in their decentralised cooperation projects. In particular, it covers the stakes of this approach, both for women and the projects themselves, for instance with the virtuous circle induced by the integration of equality. Taking into account the impact of development cooperation projects is, in fact, essential in order to ensure they are relevant and efficient; to make sure the project answers real needs, and the needs of all people concerned.

This guide was presented by the deputy mayor of Rennes and PLATFORMA spokesperson, Jocelyne Bougeard, during PLATFORMA’s Political Council. This guide was written by AFCCRE, in the scope of its PLATFORMA activities.

The guide also covers key concepts such as empowerment or gender mainstreaming. It also showcases the distinction between on the one hand, a “women” approach in projects, meaning projects targeting women, and on the other hand, an integrated approach, meaning projects in which equality is integrated at every stage and that target all the population. The guide also offers practical tools to develop this field of work and gives information on how the question of equality should be integrated at every step of a project.

Some examples, given by the government of Catalunya and the Association of Flemish towns and cities (VVSG), are also included in the guide.

This guide has received support from the European Commission.

This article was initially published by AFCCRE, CEMR’s French association.