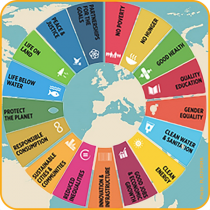 The EU’s development policy needs new impetus to tackle climate change, migration and security challenges, and this won’t happen without an active role of local and regional governments, say MEPs in a resolution adopted today (14 February) in Plenary.

The resolution, approved by 539 votes to 71, with 83 abstentions, is the basis for negotiations with the Council and Commission for the revision of the European Consensus on Development, a joint policy statement setting out the EU’s common values, principles and objectives for eradicating poverty in the world.

The need for further recognition of local and regional governments, non-governmental organisations and national parliaments, as well as the need to improve effectiveness, transparency and accountability are among MEPs’ requests.

The report promotes some of the key messages that PLATFORMA put forward, such as the necessity to empower local and regional governments through capacity building and administrative and fiscal decentralisation; the recognition of the instrumental role of decentralised cooperation between European and partner countries local governments; and a focus on the challenges of sustainable urban development.

All along the legislative process, PLATFORMA has defended key issues, successfully adopted by MEPs. In its contribution to the European Commission public consultation on the Future of EU Development Policy, PLATFORMA called for the integration of the local perspective in all sectors and levels of government (territorial, national and regional/global), as well as a new and more comprehensive approach to policy coherence for sustainable development (PCSD). It later published five recommendations to strengthen the local dimension in the revised EU Consensus on Development.

European Commissioner responsible for International Cooperation & Development, Neven Mimica expressed hopes the new text would be adopted by the Maltese Council presidency before the next European Development Days (EDD, 7-8 June).